The Porsche 911 Turbo is an uprated performance-enhanced version of the standard 911 range, available as a coupé or a cabriolet.

This is the seventh-generation version of the 911 Turbo that arrived in the UK in 2020 (known as the 992 generation). The range consists of two powertrains – the entry-level ‘Turbo’ and the more powerful ‘Turbo S’ – which both use a 3.7-litre petrol engine to produce 580hp and 645hp respectively.

The current-generation 911 Turbo is also wider and longer than its predecessor, and all models come with an eight-speed automatic gearbox.

For the Daily Mirror, this powerful performance package is a bit too much to handle. “It’s too fast. Way too fast”, it explains. “In fact, it’s too everything. Wide, heavy, ­complicated, grippy and quite frankly, computer game-like. Oh, and expensive.”

Fortunately for Porsche, the rest of the motoring publications largely disagree. Top Gear has proclaimed the 911 Turbo as its favourite performance car of 2020, while Autocar describes the supercar as “arguably the world’s most complete and versatile all-season supercar.”

The majority of reviewers comment that the latest iteration of the 911 Turbo is faster, grippier and more involving than any 911 Turbo model that came before. “Simply put this model is more rounded than ever”, Car explains. “No 911 has ever been as disarmingly multi-talented as this Turbo.”

Despite the high level of praise from dedicated motoring titles, most are still in agreement that the substantially cheaper standard 911 range is still the way to go if you’re in the market for 992-spec model – as it has been for most of the 911’s almost 60-year history.

As of May 2022, the Porsche 911 Turbo holds an Expert Rating of 79%, based on a collection of nine reviews published by UK media sources. That’s currently 13% down on the outstanding score attained by the regular 911 Carrera / GTS / Targa / Cabriolet range.

Reviews, road test and comparisons from across the UK automotive media. Click any of the boxes to view.

Model reviewed: 911 Turbo coupé
Score: 8 / 10
“The Turbo is no longer the rather dull benchmark for performance in the 911 range; there’s amazing breadth of ability here, thanks to a powertrain that now has some aural charm to accompany its brutal effectiveness.”
Read review

Model reviewed: Turbo S coupé
Score: 9 / 10
“The iconic 911 Turbo is stupendously fast, but it’s as happy driving around town as it is on a track because its ability really is that broad. There are some minor issues with the ride quality on bad roads, but the grip, poise and adjustability this gives the car as a result is well worth it.”
Read review

Model reviewed: 911 Turbo S Cabriolet
Score: 8 / 10
“Personally, I suspect a Turbo coupé makes more practical sense, and a Carrera or Carrera S might be a better choice of 911 drop-top. But there’s no way you’d be making a mistake.”
Read review

Model reviewed: 911 Turbo S
Score: 10 / 10
“Simply put this model is more rounded than ever. At nine tenths, the driver can do almost no wrong, but the last step towards total satisfaction is a dare for man and machine, in exactly this order. No 911 has ever been as disarmingly multi-talented as this Turbo S.”
Read review

Model reviewed: Turbo S coupé
Score: 6 / 10
“The Porsche 911 Turbo S proves it’s possible you can have too much of a good thing. It’s too fast. Way too fast. In fact, it’s too everything. Wide, heavy, ­complicated, grippy and quite frankly, computer game-like. Oh, and expensive.”
Read review

Model reviewed: Turbo S coupé
Score: 9 / 10
“In that very particular all-purpose role that’s been the preserve of the Porsche 911 Turbo since the introduction of the 993 version 25 years ago, this is not just the next step forward, but a massive leap.”
Read review

Model reviewed: Range overview
Score: 9 / 10
“This is a car which is quicker, grippier and more capable than ever, but also more sumptuously involving than it’s perhaps been since the mid-Nineties. It’s the most interesting 911 Turbo in several generations. So much so, it’s our favourite performance car of 2020.”
Read review

The Porsche 911 Turbo has not been crash tested by Euro NCAP. Due to its price and exclusivity, it is unlikely to ever be crash tested.

The Porsche 911 Turbo has not been lab tested by Green NCAP. Due to its price and exclusivity, it is unlikely to have its emissons tested in the future.

Trophies, prizes and awards that the Porsche 911 Turbo has received

If you’re looking to buy a Porsche 911 Turbo, The Car Expert’s partners can help you find the right car

If you’re looking to lease a new Porsche 911 Turbo, The Car Expert’s partners can help you find a competitive deal

Tue May 17 , 2022
povipullinen Top Gear The united states will return for a next period in July. MotorTrend is kicking off the Fourth of July weekend with the return of “Top Equipment The united states.” The automotive clearly show starring Dax Shepard, Jethro Bovingdon, and Rob Corddry will kick off its 2nd year […] 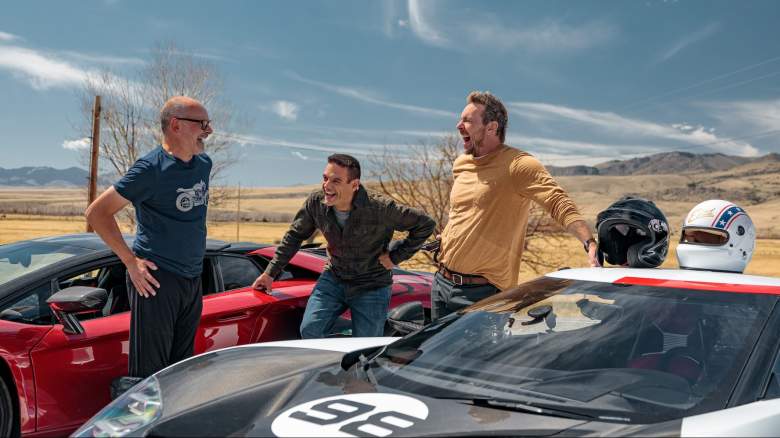